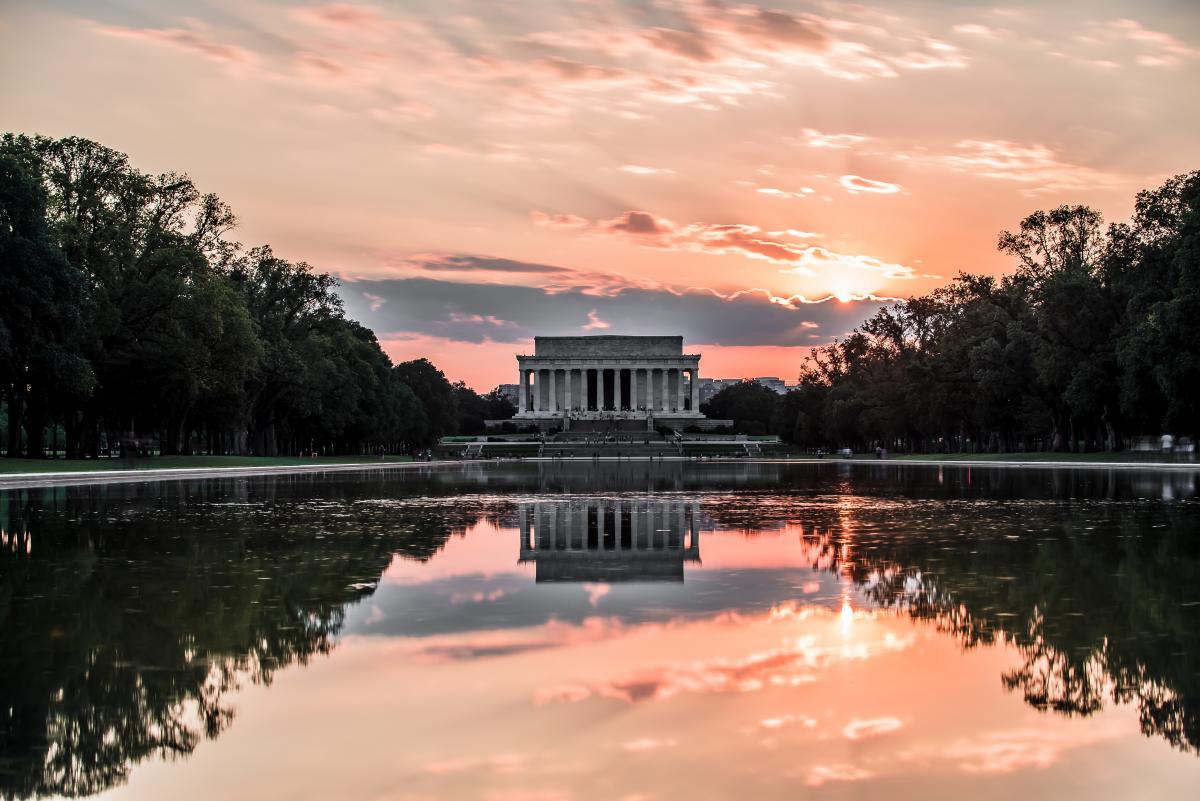 Due to the generosity of Howard D. Polsky (see below for biographical information), all Political Science majors at Lehigh University were invited to submit essays on one of two topics this year:
Essay Question 1: What are the origins, pros, and cons of the filibuster in the U.S. Senate? Do you think the filibuster should be kept or not? Please explain your reasoning either way and be sure to provide a title for your essay.

Essay Question 2: When, and under what circumstances, did Congress change the number of Supreme Court justices in the past? Do you think that Congress should change the size of the Supreme Court today, or preserve it at nine justices? Please explain your reasoning either way and be sure to provide a title for your essay.

The faculty members and staff in the Department of Political Science are pleased to announce the following award recipients:

Emma Engels: "Filibuster: A Step Back or A Step Forward for Democracy?" (1st place award)

Emma is from Bethesda, Maryland and is pursuing a double major in political science and psychology, with a minor in philosophy, law, and public policy. She is a captain of the Lehigh Women’s Club Soccer team and a member of the Lehigh Mock Trial Club. Emma plans on attending law school and pursuing a career in criminal law after graduating from Lehigh.

Julianna is a junior from Fountain Hill, Pennsylvania studying political science with minors in both architecture studio and women, gender, and sexuality studies. Beginning in September, she will have the privilege of being a United Nations Youth Representative for Armenian Non-Governmental Organization, Nor Luyce. She plans to attend graduate school after completing a bachelor of arts degree at Lehigh to further her education in the overlap of politics and gender.

Steven is a Guatemalan-Mexican from Washington, D.C., and was raised in a predominantly immigrant community in Maryland. He is a current senior, he will be graduating with majors in Political Science and Global Studies with minors in Real Estate, Anthropology, and Sociology as well as a certificate in Global Citizenship. During his time at Lehigh, Steven traveled abroad with SIT IHP Human Rights Program in the Spring of 2020 inspiring future studies. After graduating from Lehigh, Steven plans to go to law school to continue his Human Rights studies through international law.

Thanks to the generosity of Howard D. Polsky (see below for biographical information), all Political Science majors at Lehigh University were invited to submit essays on the theme of making American democracy more effective. The faculty members and staff in the Department of Political Science are pleased to announce the following award recipients:

Charlie (Class of '23) is from Orlando, Florida and is a double major (Political Science and History). He is the sixth member of his family and third generation to attend Lehigh. He is an avid sports fan, especially supportive of the St. Louis Cardinals, Los Angeles Rams, New York Knicks, and New York Rangers. He volunteers at the Lehigh athletic department and is a reporter for the Brown and White.

Tanya is a Honduran-American sophomore from Morristown, New Jersey. She is a Political Science major with two minors (Women, Gender, and Sexuality Studies and Health, Medicine, and Society). As a first-generation college student, she is dedicated to serving the communities that have shaped her back home, on campus, and as a member of the Latin Student Alliance and as Vice President of Chapter Wellness for Alpha Gamma Delta. Tanya plans on attending law school after graduating with the hope of practicing constitutional or civil rights law.

Steven is a Guatemalan-Mexican from Washington, D.C., who was raised in a predominantly immigrant community in Maryland. He is currently a junior majoring in Political Science and Global Studies with minors in Real Estate, Anthropology, and Sociology as well as a certificate in Global Citizenship. He plans to go to law school after graduating from Lehigh to study international law.

Congratulations to all of our students!

Howard Polsky graduated with a BA degree from Lehigh in 1973, where he was a government major and a member of Phi Beta Kappa. He received his JD degree from Indiana University in 1976 and was an editor of the Indiana Law Review. Howard remains active with Lehigh and is currently a member of the Advisory Board to the College of Education. From 2012-2018, he served on the  Advisory Board to the College of Arts and Science. By this endowment, Howard wishes to encourage Lehigh students to gain a deeper appreciation of American democracy and law, and to become the nation's future leaders and custodians in preserving those values as citizens and in their professions.

Howard served as Executive Vice President, General Counsel and Secretary of K12 Inc. ( now Stride, Inc) for fifteen years until his retirement.  Stride is a publicly-traded company and America's largest provider of online education for students in grades K-12 and adult careers.

Prior to Stride, Howard was Vice President and General Counsel of Lockheed Martin Global Telecommunications, an international satellite and information technology services company.  Before being acquired by Lockheed Martin, he was employed by COMSAT Corporation for nine years, where he held both legal and senior government relations positions. From 1983-1992, he was a partner at Wiley, Rein & Fielding representing clients in administrative and judicial proceedings. He began his legal career at the FCC and was an associate at Kirkland & Ellis.